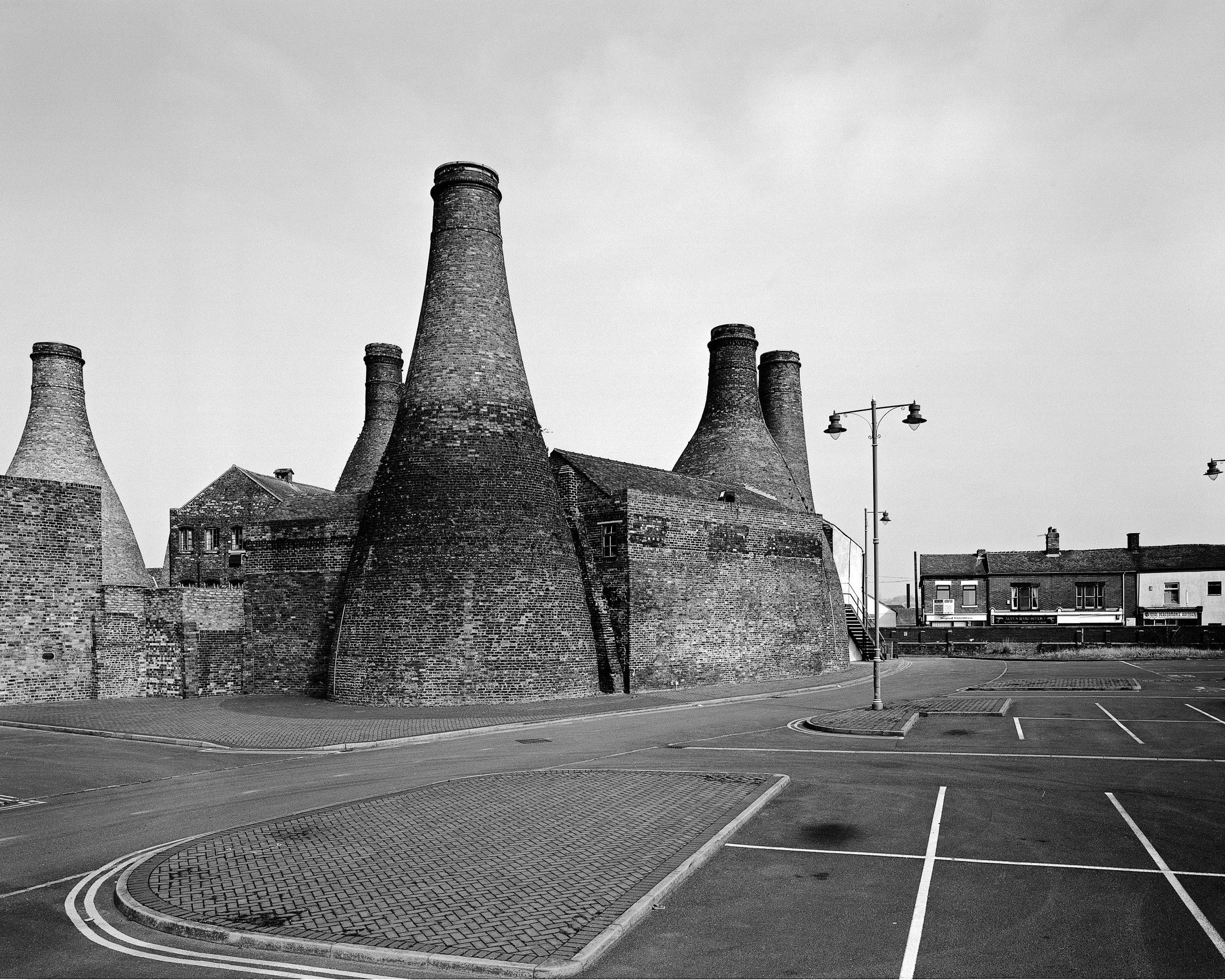 Factories is based on a strong, shared interest of Reinout van den Bergh and befriended artist Huib Fens in industrial development. Already in the eighties Reinout van den Bergh stayed in Beringen, where he lived among the, mainly, immigrant miners and photographed their living and working conditions. In the same period, Huib Fens was working with architectural models inspired by the enormous factory buildings he knew from his youth. Large, hermetic behemoths that ticked his imagination but revealed nothing about what was going on behind their facades.

They decided to work together. It was during that process of talking and thinking that the idea for the photo project came about. An investigation into the remnants of the old industrial architecture from the first century of the Industrial Revolution. First they wanted to explore Europe, and later the United States. They started the architectural project out of curiosity about the use of architectural archetypes in the first generation of factory designs. Not the basic forms that emerge from a comparison of similar architecture, as Bernd and Hilla Becher have done for years in a sublime way, but the application of typologies from the pre-industrial era. They had already come across sheds that looked like basilicas, silos like inverted cathedrals and grain mills like Moorish palaces.  The buildings they found were mostly encapsulated in rundown neighbourhoods, swallowed up by the expanding cities. That urban environment began to become more and more important. That is why in the years that followed, attention shifted to the location and history of the buildings. In the photographs, the consequences of industrialisation for spatial, urban and social development became visible.

With this shift in perspective, the buildings themselves became part of a complex whole in which they stand as a pivotal point in relation to their surroundings. Urban landscapes were recorded in a classical arrangement with unmistakable references to Renaissance paintings. The compositions led the attentive viewer into a world of self-evident and astonishing, logical and illogical, harmonious and colliding transitions and confrontations. The dramatic moment was not so much determined by the unapproachable beauty of the architecture, but was more hidden in details: rubbish left behind, the name of a boat, a lonely caravan, a newspaper sticking out of a mailbox.

But clinging to acquired points of view is deadly for the development of insights.  You easily lose your sharpness and interest in a project whose framework is too tightly formulated, in which there is no room for unexpected perspectives. It is precisely the new insights that keep our project going. Unforeseen twists and turns that we cherish as much as the most successful photographs.  What can we say about the photos we haven't taken yet? What will they be about, what will they reveal and hide? What light will they shed on the role that industrialisation has played, and still plays, in everyday life?

They have seen politics change with regard to the industrial legacy.  The remains are being handled more carefully. The dismantling of industry after 1989 in the former Eastern Bloc countries has updated this policy. Not every building is being demolished anymore, but neither are all the remaining buildings being converted by modern architects into new industrial buildings, museums and apartments, as was customary in the last decade of the last century. There is a trend to rent the large, disused factory buildings in pieces to small companies that only make the most necessary adjustments to be able to function. What influence the last financial crisis will have on policy remains to be seen. These new developments create a constantly changing bed in which this project can move forward.

People are beginning to appear in the images of recent years. Individuals who move in, and in relation to, that world. They are not accidental extras: it is the protagonists who give meaning to the environment.

Over a period of ten years, the photographs have changed from images in which the power, beauty and deterrent power of industry was depicted, to social paintings in which man acts against the imposing backdrop of industrial rudiments, and in which those surroundings have become his natural and familiar habitat.